Irish Censuses and the Irish Language

Ireland, as it turns out, possess one of the earliest and most complete census counts of a population's linguistic features in the western world -- earlier than the United States or Great Britain, for example, and more complete than nineteenth-century statistics for certain parts of continental Europe. These statistics have been used consistently over the years by Irish historians as a means of coming to grips with the big story of the nineteenth century: the near-disappearance of Irish as a spoken language prior to 1900.

However, as historians have long recognized, there are major obstacles to interpreting the data collected in the counts of 1851, 1861, 1871, 1881, and 1891. First, and most tragically, very few of the original household returns for any of these years have survived. All we are left with are the published census tables which show aggregate data. Second, these census tables differ from year to year in how they present these statistics. Tables showing numbers of Irish speakers change from year to year with regard to the territorial unit used to organize data; meanwhile, the major population variable distinguishable in these tables -- the age of the Irish speakers -- varies considerably in terms of the span of the age cohorts offered. Other challenges arise in comparing the linguistic data to other information provided in the censuses, and this is before one takes into account the larger question poses by linguistic census data itself: what is being measured when a householder claims to speak one or another of two languages?

Considerable work still needs to be done on this data, even with the masterful articles already completed by Garret FitzGerald in 1984 ("Estimates for Baronies of Minimum Level of Irish-Speaking Amongst Successive Decennial Cohorts: 1771-1781 to 1861-1871" Proceedings of the Royal Irish Academy 84) and 2003 ("Irish-Speaking in the Pre-Famine Period: A Study Based on the 1911 Census Data for People Born Before 1851 and Still Alive in 1911" Proceedings of the Royal Irish Academy 103). In upcoming posts, I will describe the obstacles to be addressed in greater detail, take a look at some of the findings I am coming across in this area, and consider some of the comparative possibilities in examining language data outside of Ireland. 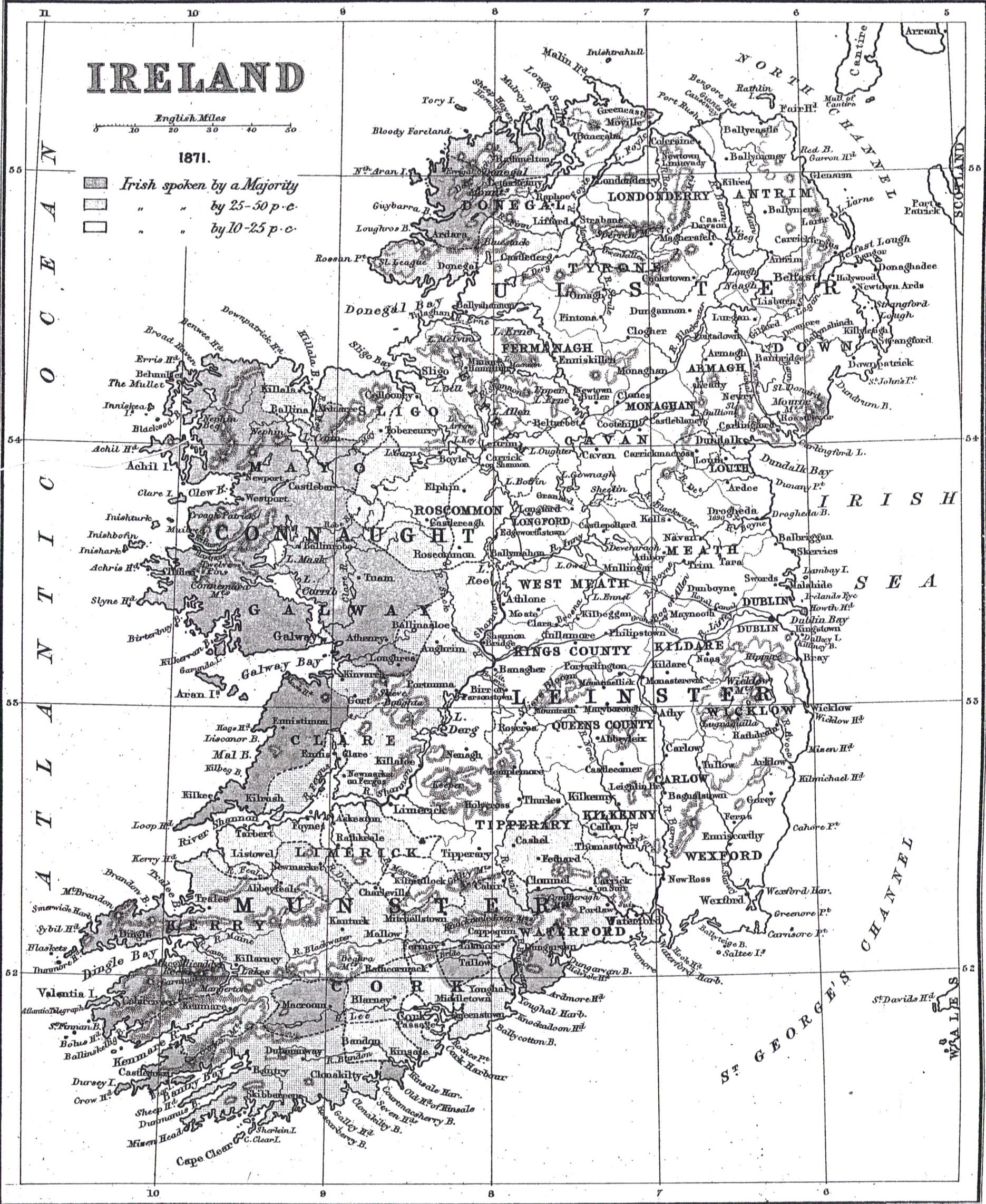