Among the largest collections of 18th- and 19th-century linguistic corpora, as I've recently learned, is the library amassed by none other than Prince Louis Lucien Bonaparte (1813-1891), a nephew of Napoleon I.

One of Lucien Bonaparte's sons, Louis Lucien was born in England and educated in Italy. He held political office under the Second Republic and Second Empire before returning to England in the 1850s to dedicate himself to a full-time professional career in linguistic science. Over the next four decades Bonaparte managed to assemble a collection of over 13,500 publications (as far as I know, most of them were published materials rather than manuscripts) in as many of the world's languages as possible. Bonaparte, like a relatively small number of linguists of the time, was far more concerned with contemporary languages--and especially the study of dialects--than with classical writing. Aside from his collecting, he is most known for his systematic approach to Basque and its dialects, as this exhibit at the British Library reveals.

Taking stock of this huge collecting endeavor, one is immediately struck by the ways in which Bonaparte's approach to this project was so obviously fitting of the scientific ethos of the 19th century. Consider the description provided by Victor Collins, who took on the task of cataloging Bonaparte's books in 1894, of this particular bibliophile's method:

"Every catalogue of importance came to his hand, so that there was not a book in the market but he knew of it. He valued money only as a means of obtaining books, being lavish in his expenditure on them in the time of his prosperity, and sometimes actually depriving himself of the bare necessaries of life in order to secure a rare work when the fall of the Empire had considerably circumscribed his means.

During his travels he visited every bookseller of note; he entered every shop where he saw books exposed for sale; he never left any means in his power unemployed to secure a work he fancied. A record of his travels might almost be drawn up from the entries he made in his purchases as to where and when he acquired them. In judging his library it must be remembered that his one object in book-collecting was linguistic; he valued a specifimen of a South Pacific dialect, hitherto unrepresented in his library more highly than a rare edition of the classics; and, if a new langauge or dialect came to his knowledge, he had no peace of mind until he had secured a specimen for himself." (from Collins, Attempt at a Catalogue, 1894, p. v)

This brings to mind the Victorian "gentleman scientist," of course--the favored pursuit of a number of educated indviduals of the time whose constant search for "specimens" (whether insects, plants, humans--sadly--or, in this case, languages) provided the basis for the major museum collections of the time. Such endeavors are looked upon with mixed feelings among historians today: on one hand, their one-dimensional concentration on gathering specimens helped form a basis for modern scientific classifications schemes and comparative understanding of the natural world; on the other hand, this collecting was thoroughly saturated with troubling views on race and hierarchy that had a profound influence on this century and afterward.

In 1901, the Newberry Library acquired Bonaparte's collection. Because of Bonaparte's strong interest in Europe, this made the Newberry, to my mind, the possessor of one of the best sets of published materials in minority dialects and languages of this continent. Hence also its relevance to my research into Irish, since there are a large number of devotional materials among its titles. Outside of Ireland, I am not aware of a more complete corpus of published Irish-language materials from the 19th century. An indication of its importance can be gained from the fact that the standard bibliographic compilation for materials published in Irish, Ernest McClintock Dix and Séamus Ó Casaidhe's List of Books, Pamphlets, &c. Printed Wholly, or Partly, in Irish (1905) cites Bonaparte's library as the only source for a number of titles they list. It would appear that more than a few of Bonaparte's Irish "specimens" are known to us only because of his bibliophilic affliction. 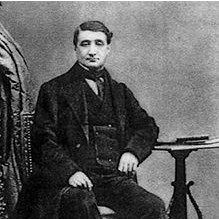